RACE Events drivers/riders are among the many athletes who can sustain a head injury while participating in their chosen sport. For the health and safety of our drivers/riders, RACE Events has the following approach to concussions.

RACE Events has identified that in the effort to reduce the risk of injuries, particularly Traumatic Brain Injuries (TBI), in crashes it is important to maintain safer racecourses. For example, all motorcycle events include the energy-absorbing bottle bags barrier walls in collaboration with the Canadian Rider Safety Fund to shield fixed hazards such as pit walls at the pit entrance and high risks area. These innovations have significantly reduced the deceleration that the riders experience when making contact with walls or barriers during competition and have decreased the frequency of rider injuries and concussions.

In car racing, risks are significantly lower, but they still occur.  Growing awareness and making Hans devices mandatory are some of the tools that are used for prevention.

If, following an on-track incident, a member of the medical team observes signs of a possible concussion (transient loss of consciousness; delayed or slowed spoken or physical response; slurred/unclear speech; blank stare/dazed look; loss of balance/ coordination; behavior/personality changes; disorientation; loss of memory of events preceding, during or following the incident) in an involved driver/rider or if the driver/rider experiences symptoms of a concussion, the competitor will be transported to the medical center or hospital where the medical team will administer a validated concussion detection tool. If the driver/rider remains symptomatic, has any signs of a concussion or fails the concussion detection tool, the medical team will declare the driver medically unfit to drive and notify appropriate officials. The driver/rider will remain medically unfit to drive/ride until such time as he/she has completed RACE Events’ Return-to-Racing Protocol.

Each concussion and each driver are unique, and it is not possible to set a fixed time frame for return to participation or for the progression through the steps of the graduated exercise program (described below). Recovery time will vary from competitor to competitor. The decision to return a driver/rider to participation ultimately remains with the RACE Events general manager. The RACE Events medical team will make recommendations to series officials based upon their professional opinion as to the driver/rider’s medical fitness to participate in racing activities.

When the driver/rider has returned to baseline exercise ability and remains asymptomatic, he/she will get their medical practitioner to issue a note to the attention of the RACE Events general manager stating that he/she can safely return to racing.  Once that note has been received, the general manager will notify the series officials that the competitor is medically cleared to resume racing activities.

We are located at 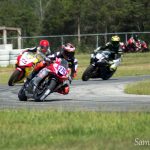 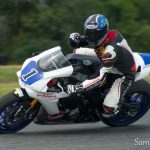 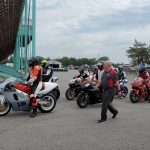 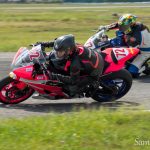 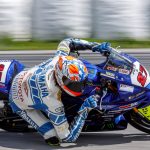 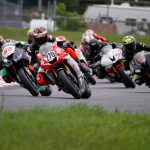